Showing posts from September, 2012
Show all

And the word of the year award goes to....

September 25, 2012
Lots of people pick a word for the day, or even a word of the week. But what about a word for the year? If you could pick one word to describe the past year, what would it be?  It could be something that encompasses your life, your work in progress, or just a concept you keep running into on the net.  But the key is to not use any descriptions.  Just a word. Mine = Dystopian What’s yours?
3 comments
Read more

With An Eccentric Eye (Factotum) 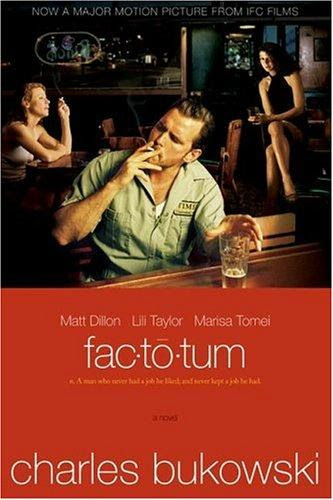 I'm going to try and make at least one post a month devoted to an odd film I've watched.  Seeing as how I've got quite the backlog on my Netflix Instant Queue this shouldn't be a problem.  These might be 'foreign' films (I use the term loosely since the web audience is obviously global) or art-house films, or quirky little dramas that few have heard about.  But they will without fail be films that won't appeal to everybody.  And just because I think a film is discussion-worthy for the purposes of this blog doesn't make it a blanket endorsement.  Nor should these be considered reviews.  I just feel that there are a lot of odd, quirky films that aren't blockbusters that have a lot to say.  Or, at the very least, will make you go, "Hmmm?"  What can I say, I love the underdog.  I hope this will be a section where those who are fed up with run-into-the-ground formulaic movies (don't get me wrong, I love a good action flick) will be able to
2 comments
Read more
More posts